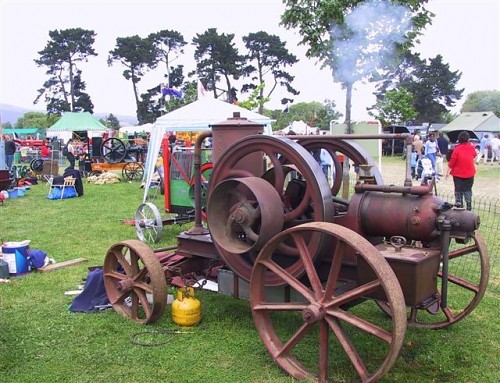 It seems such a long time ago and a lot of water under the bridge since we went on our Field Weekend to Mt Somers. We have since attended the Christchurch show, drumming up prospective members and talking to current ones. During this time I had a very quick ride (in my go fast red car) back to Timaru to be with my daughter as she had our first Grandchild: so exciting! I would like to thank our members Bob and Faye who were so kind to let me stay with them during the show, their hospitality was amazing and also to everyone who worked with us at the show and did a fine job of selling those hats.

We have worked with DOC on the stabilization of the Bendigo Bakehouse; I found it fantastic working with the archaeologists scraping around the old oven with something the size of a teaspoon as we unearthed the rubbish that had covered over this. All this being done through sleet and freezing temperature but we came back to base for hot cuppa to thaw us out.

The Mt Somers Field Weekend was another success story. The accommodation at the Staveley camp site was perfect as there were so many rooms for accommodation. We all shared this large kitchen and living area, enabling it to be very social. We started the Saturday morning meeting with our guide David Howden who took us firstly to a World War 2 ammunition dump. These were a series of about seven buildings built into banks of the surrounding land. Ammunition was stored there in purpose-built double brick buildings, ready, in case the Japanese attacked. These were so well camouflaged that most of the locals did not know they existed. 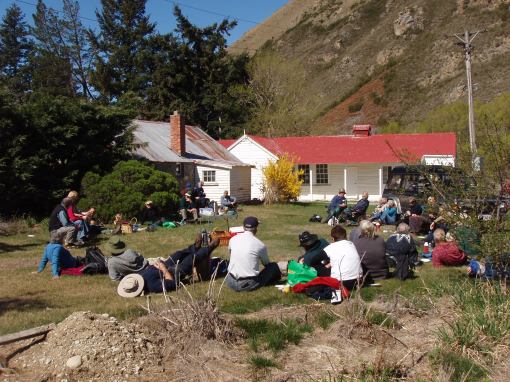 From there we went to the Buxton Lime Kilns which were built in 1888 and still have some old machinery and a workshop intact. Following this we visited the Stone Quarry which show- cased a restored cottage built in 1862. We all stood in this cottage while David recited a poem about the times and history, giving the feel of actually living in those times. I looked around at this stage and couldn’t find a dish washer or even a washing machine so decided living in the now is a better prospect but I certainly did appreciate a little of the conditions they had to endure, especially with the bitterly cold winters. We went to Webb’s silica sand quarry that provides the sand for glass making and also for golf bunkers. This is a massive hole in the earth where you are able to see the lines of colour of the different minerals. They found the silica sand deposit while they were looking for coal which is on the other side of the hill; it is so amazing to have such a diverse range of minerals in one area. We went up the road towards Erewhon Station on the edge of the Southern Alps where they did some of the filming of the movie, The Lord of the Rings. On the Sunday we went to Blair and Sarah Gallagher’s place where we had our lunch in their beautiful garden while Reg serenaded us, it was magic and especially for the ladies as Sarah has this amazing range of jewellery which she makes out of the agates found on or near their farm. This is just a small part of what we saw and did. Some of us were disappointed that we never saw any sign of the elusive Black Panther but we did watch an interesting film on it making some of us rush to our rooms afterwards in-case it was lurking in the undergrowth ready to pounce! 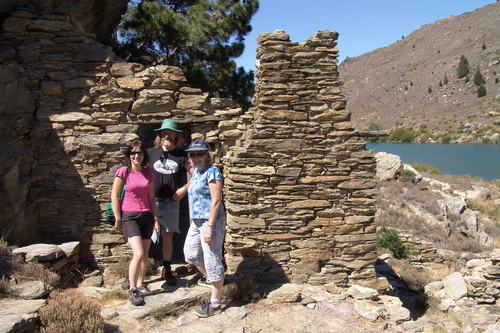 We are now organising our next Field Weekend to Doctors Point in the Roxburgh Gorge on the 17/18th April, taking a River Cruise where we explore the mighty Clutha River taking us to the isolated reaches of the historic and picturesque thyme studded Roxburgh Gorge where we will see miner’s huts and some of the most stunning scenery. We will also go to Tuckers Hill, the Conroy’s and maybe the modern Earnscleugh Gold mine. Some of you will recall doing a similar trip some nine years ago.

Could anyone interested, please contact our office with your intentions. We will then send you detailed information of the weekend.

Most of you will be aware that we won the Central Otago preliminary last year and only last weekend were feted royally at the National Award in Nelson, competing with 24 other regions. Sadly we didn’t win (a tad difficult being up against a $12M hospital!) but were chuffed to be told we were in 3rd or 4th placing! Our (Roberta Laraman & Martin Anderson) presentation was first up, so we were determined to make a strong first impression. Many thanks to Mayor, Malcolm MacPherson and Mayoress, Susan MacPherson for accompanying us; and to Ross Wilson for the brilliant DVD he produced as background. It and the music he put to it still gives me goosebumps! Apparently Jim Mora is to produce a 26 programme, Channel 6 TV series and the award presentations should be TrustPower website soon.

The whole experience was amazing. All around NZ people are doing fantastic volunteer projects. As one man said, “New Zealand is made up of 90% volunteers and 10% credit cards!” I just wish we could have pulled it off for the benefit of all our hard working volunteers within the Trust and the Cavalcade – the unsung hero’s who make what we do possible.

Anybody interested in a Limited Edition Bronze Sculpture “Gold panner”

We are very pleased to offer you the opportunity to invest in one these beautifully detailed and enduring collector’s edition bronzes by New Zealand artist Brian Moore.

Born in Timaru, Brian grew up in Christchurch and has a great interest in the South Island and its rich history.  He is an established professional artist of some 30 years standing, whose works have been presented to such notables as HRH Prince Philip, Sir Edmund Hillary and Sir Peter Blake. Check it out at www.brianmoore.co.nz/gold.

Now one last note from me. As most of you know Roberta is finally resigning on the 31st of March as Cavalcade Co-ordinator so she will have time to spend with her grandchildren but will always be in the background (thank goodness). Roberta feels that after months spent learning the ropes that Terry Davis will be splendid in taking over her role. We have great confidence in Terry’s abilities, he has passion, energy and has grasped the concept so he will take it into the new era beautifully. Terry is also going to be taking over my role, as due to health issues I have very sadly resigned but will still be kept on as minute secretary, and like Roberta will always be in the background if needed as this Trust, which includes you all members, does amazing work and I feel very privileged to be part of it.