The OGHT had its AGM in their Cromwell office (the historic old Methodist Church) on Saturday the 23rd with 40 members in attendance. The meeting proceeded in orderly fashion with an overwhelmingly positive ‘vibe’ from the attendee’s. We have been busy in the last 12 months (see presidents report attached). 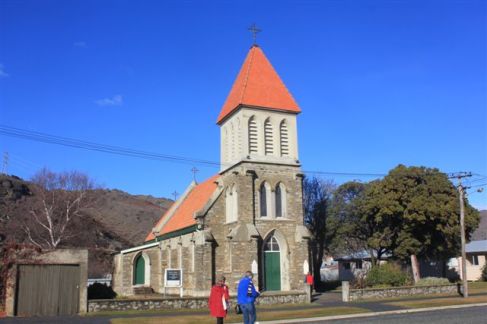 Morning tea and lunch was provided by the Cromwell Girl Guides club to much positive affirmations and then the group proceeded on their afternoon tour of some of the older buildings in the ‘older part of town’. 4 historic churches in one block, 2 old cottages in various states of repair 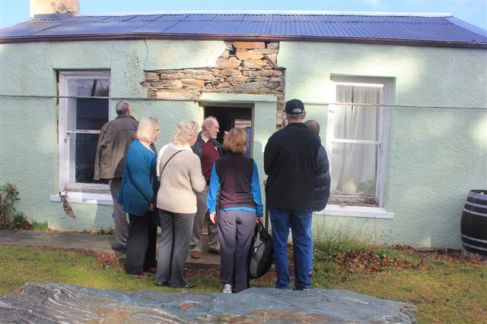 and the original court house were all visited each with their own unique speaker. 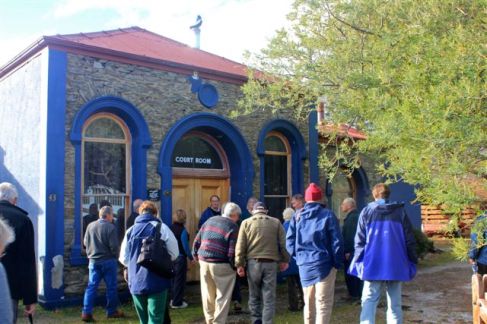 The group then headed down to Old Cromwell Town Precinct for the planting of a commemorative tree. 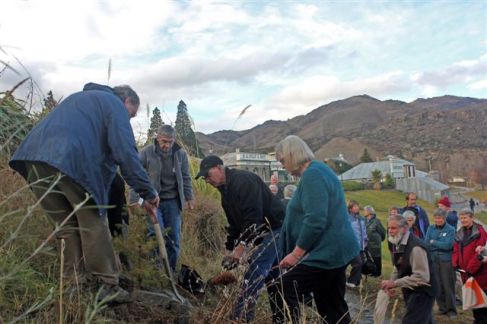 A Golden Totara was very kindly donated by Cromwell Garden Land and all were in agreement that the ‘Podocarpus Totara `Aurea` was an appropriate tree considering the Totara was the dominant tree of this area (up until about 400 years ago) and having a ‘golden’ tinge for the Gold150 celebratory year. Visible in the attached photo are from left to right:

A quick jaunt was then taken out near to the Kawarau Mining Centre where a new section of walking track has been completed beside the river and impressive herringbone tailings can been seen. Unfortunately heavy rain meant this side trip had to be cut short.

Dinner that night was at the Victoria Hotel (Old Cromwell Town again) with guest speaker Fraser Jonker the new CEO of Pioneer Generation. Tis an interesting relationship between Pioneer and the Goldfields Trust – some of the Pioneer assets are rooted back to gold mining infrastructure. The power generator is 100% owned by the Central Lakes Trust who are funding nearly all the ‘Gold150’ celebrations this year around our area as well as most of the other subsequent OGHT projects. Yet we (the OGHT) has still submitted against Pioneer in some of their plans… the Nevis for example. Anyway Fraser gave a great talk and was well received by the dinner goers. Dinner was very good also. Big thanks to the crew at the Vic for a wonderful evening. 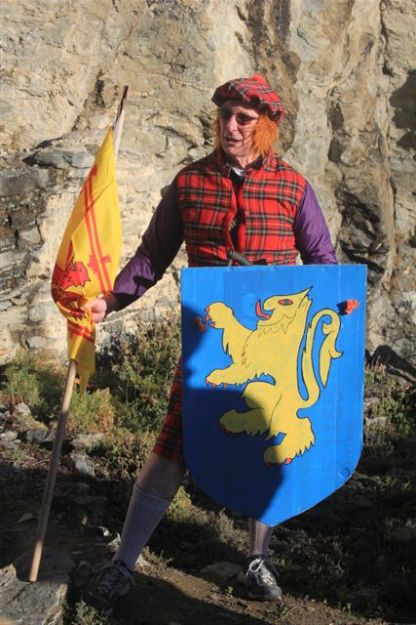 was a highlight for many. After parking by the Bannockburn Bridge and scrambling around the lake side the group were treated to Oatcakes and Whiskey served by a kilt wearing Stewart who not only regaled about his families links to the hotel ruins about their feet 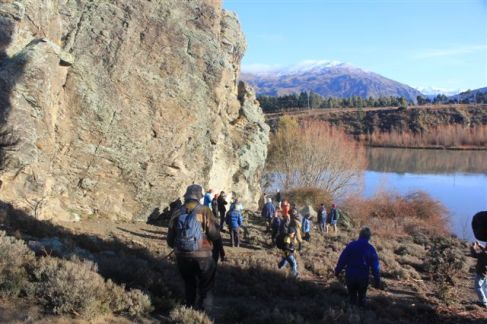 but also the history of the Battle of Bannockburn and even further into the geology of the near surrounds. After a walk around the inlet and up the track, over the knob and back to the cars it was into the Bannockburn pub for an absolutely scrumptious spread of soup and savouries followed by coffee and cake. Thanks very much to Tim, Bronwyn and the team at the ‘Bannie’.