A fantastic time was had by all who ventured over to Owaka and the Catlins for our April Field Trip. The hospitality of the locals, the fine food, the great weather (!! we had the best weather in the country while everyone else got rained on), the scenery and of course the interesting heritage exposed to us was all top notch!

Many thanks to John Burgess in particular who contacted lots of people, organised half the trip for us behind the scenes and was our tour guide around the museum and the old Scowl the Portland. 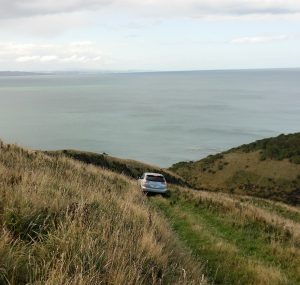 Thanks very much to ex trail boss and Trust member Winston Parks who took us on some pretty serious 4WDing over his place for a better view of the coast. 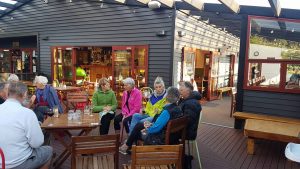 The Whistling Frog at Mclean. You must make the effort eat at the restaurant and stay in the camp ground. This place is awesome. 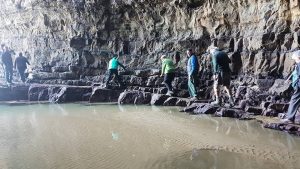 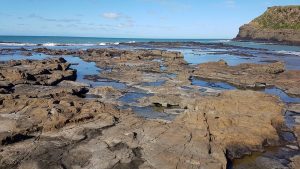 The ‘fossilised forest’ at Curio Bay makes for some stunning stonescapes.

A couple of Hookers Sea Lions just chill’n on the beach. We were also treated to one walking around quite close. Amazing animals when you actually see them walk! Waipapa point (the lighthouse had scaffolding and safety nets all around it – not worthy of a photo.) 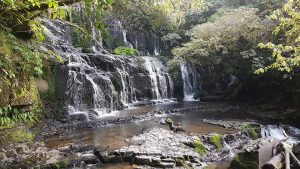 Some were saying there wasn’t enough water to make it worth while visiting the Purikaunui Falls … I think this pic proves them wrong! 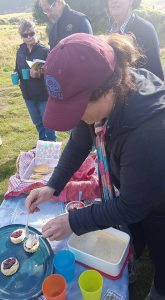 Cavalcader and OGHT member Katy Button’s Devon Tea with REAL clotted cream is something to behold! At Purakaunui Bay. 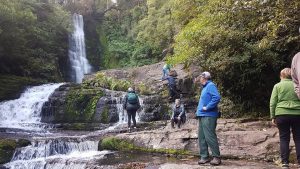 McLean Falls. Terry’s favourite walk in the Catlins from back in his tour guiding days… still doesn’t disappoint! 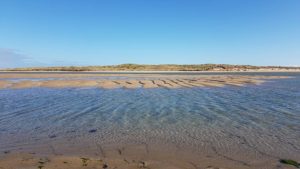 Just showing off how beautiful the weather was really… this is at Fortrose where Lloyd Esler talked to us about the last surviving wreck still visible the ‘Ino’ . 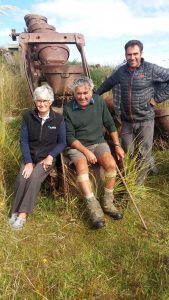 Terry Davis (right) with his Mum and Dad Claire and Jack at the remains of the dredge in the dunes behind Waipapa beach. 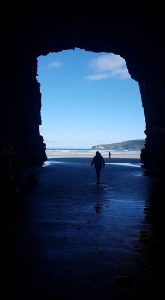